MikroTik has added support for BPDU Guard and DHCP Snooping which will significantly improve the functionality of the switches. This was first listed in an RC release a few days ago but it was for command line only, so this might be the addition for the support of these features under winbox.

It is likely that “Tag-stacking” is a term for q-in-q which is already supported and this is probably a way to add q-in-q support to the hardware offload bridge.

I’m not entirely sure what CPU Flow control is, so it will be interesting to experiment with that setting and see how it affects devices with those switch chips.

Adding IPSEC hardware offload to the RB3011 is a great addition and will extend the functionality of what is already a solid router. It will be interesting to see what kind of speed can be achieved for IPSEC throughput. 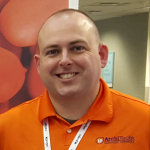